Back to all posts

Progress was made this weekend on my short stop motion film.  The backdrop is just about complete, and the video for the sky has also been finished.  I'm anticipating to start filming in the next few weeks.  This video is going to be used in support of an album (also called 'The Marshmallow People') which should be launched during the summer of 2019.  Thanks for dropping by! 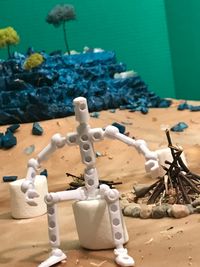